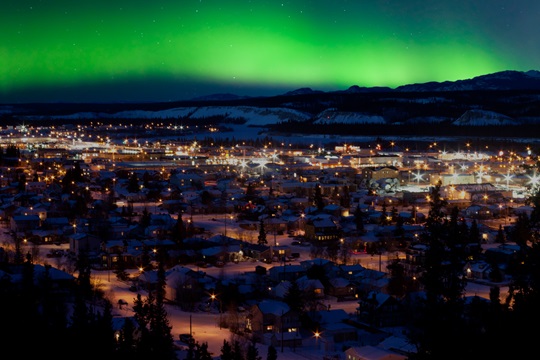 After George Carmack, Skookum Jim and Tagish Charley uncovered gold in the Klondike on August 17, 1896, thousands of gold seekers headed north seeking their fortune. By 1898, Dawson City’s population had skyrocketed from 1,500 to some 30,000 people. However, the newcomers had many obstacles to overcome on their journey to the goldfields. Follow in their footsteps for a fascinating vacation.

The most treacherous part of the trip was Miles Canyon and the frothing Whitehorse Rapids on the Yukon River. The Yukon Conservation Society offers guided tours to Canyon City, a nearby ghost town where gold seekers unloaded their boats before portaging their cargo.

Some of the Yukon’s gold rush history is also depicted at the MacBride Museum in downtown Whitehorse, a modern city with a population of about 28,000 people. The museum features exhibits about archaeology, First Nations beadwork and tools, wildlife, mining and policing.
Long before the Gold Rush, woolly mammoths and scimitar cats roamed the earth, and the Bering land bridge linked Asia and North America. The Yukon Beringia Interpretive Centre has multimedia presentations, murals and dioramas of the Beringia landscape. The life-sized cast of a woolly mammoth is a showstopper. 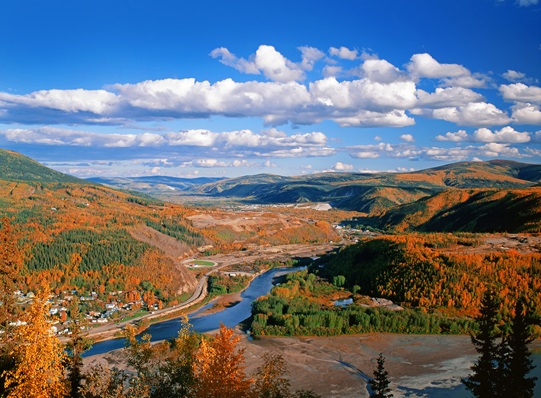 Trade the paved streets of Whitehorse for Dawson City’s wooden sidewalks. An exhibit and guided tour of the Dänojà Zho Cultural Centre tells the story of the Tr’ondëk Hwëch’in First Nation, who were displaced during the Klondike Gold Rush, and of the remarkable Chief Isaac, who helped create a bridge between his people’s traditions and modern culture.
Drive out to the Bonanza Creek mining claim, the discovery that launched the Klondike Gold Rush. Dredge No. 4, which operated from 1913 to 1960, is eight storeys tall. Try panning for gold; if you succeed, you can always spend your find at one of the gambling tables at Diamond Tooth Gerties.

Not everyone got rich digging for gold in the Klondike. Join guided walking tours during the summer and listen to stories about some of the larger-than-life characters who once walked these dirt streets. One of them was Arizona Charlie Meadows, a flamboyant sharpshooter and showman who arrived in the Klondike in December 1897. He built the Palace Grand Theatre in 1899 and turned it into a popular venue for a variety of entertainment, including theatre, comedians, knife throwers and even boxing matches.

Other people were inspired by the Klondike. Listen to the poetry of Robert Service at his cabin on Eighth Avenue. The Bard of the Yukon penned the poem “The Cremation of Sam McGee” after hearing a story about a prospector who cremated his partner. Just down the street is the Jack London museum and his cabin. He, too, had heard the call of the wild in the Yukon.

Whenever you visit, bring lots of layers, as temperatures can vary significantly. Spring brings wildflowers, while fall and winter offer the northern lights. For information, see www.travelyukon.com.