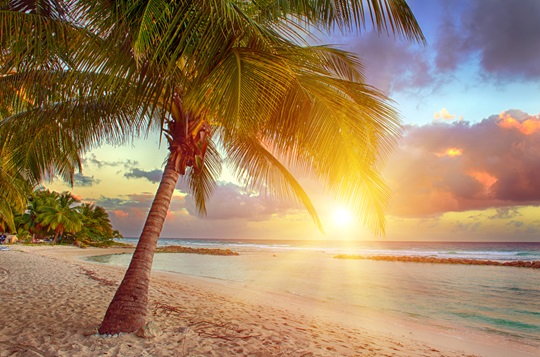 With its genteel Britain-in-the-tropics vibe, glorious weather and miles of postcard-worthy beaches, it’s no wonder Barbados is a popular destination for sun-seeking Canadians. Here are just a few other reasons you might want to put this Caribbean island on your travel radar.

Relax at a resort

Barbados is home to some seriously luxurious resorts, especially along the west coast, which have attracted the likes of Jacqueline Kennedy, Mick Jagger and Sting. However, if your budget runs more to conch fritters than caviar, you won’t be short of choices. Check out St. Lawrence Gap, about a 15-minute drive west of Grantley Adams International Airport, where you’ll find lots of relatively affordable hotels and restaurants.

If you’re happy to swim in a pool rather than in the ocean, the east coast might be your best bet. The Atlantic waves are much higher than those on the calmer Caribbean coasts, making swimming challenging to impossible, so accommodations run the gamut from modest guesthouses to high-end hotels.

Barbados is one of the best islands in the Caribbean for golfers, with about half a dozen courses; they include Royal Westmoreland, designed by Robert Trent Jones, Jr. And Tiger Woods and Elin Nordegren were married at the island’s Sandy Lane resort, home to two Tom Fazio-designed courses and a third nine-hole course.

Those who would rather watch a sport than play can take in a polo match, cheer on cricketers and visit a cricket museum, or join the crowd at a rugby match. Feeling lucky? Pick your favourites during an afternoon of horse racing at the Barbados Turf Club.

Raise a glass…or a fork

Barbados owes much of its colonial history to its success in transforming sugarcane into a sailor’s favourite beverage. Rum has been made on the island for over 350 years. Today, Mount Gay — one of the world’s oldest rum distilleries — offers tours and tastings. To get off the tourist track and strike up a conversation with a Bajan or two, drop into one of the island’s roughly 1,500 rum shops — tiny, casual bars you’ll find at just about every crossroads.

For food lovers, there’s the Barbados Food & Wine and Rum Festival each November. Also, the town of Oistins is home to busy fish-fry nights, where you can nosh on grilled flying fish and mahi-mahi, shop for crafts and groove to live music.

The Barbados Reggae Festival in late April features top acts from across the Caribbean. And from late June through early August, the Crop Over festival lights up the island with calypso competitions, fireworks, parades and more.