At the Association’s 2017 Annual Members Meeting Volunteer Recognition Dinner in June, stories were shared honouring our exceptional volunteers for their commitment and dedication to the Association, its members and its overall mission and vision, as well as to their communities. And the award goes to.... 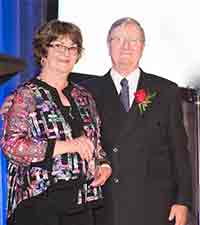 Pat Jarrett, former president of Winnipeg and District Branch, was awarded the Claude Edwards Leadership Award. Ms. Jarrett has been described as a “natural leader,” a “go-to” person who can be counted on to provide thoughtful, thorough and insightful feedback. Some highlights of her contributions:

Ms. Jarrett also was asked to take part in the Volunteer Engagement Advisory Committee and the Risk Committee, which developed an enterprise risk management plan. 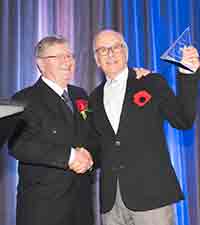 By all accounts, the conference was a resounding success. It raised the Association’s profile, received tremendous feedback and encouraged more retirees to consider becoming Association members. 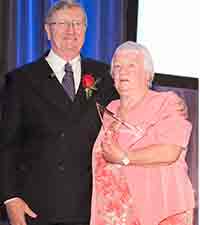 Shirley Tolhurst, member and volunteer with the Nova Scotia Central branch, received theVolunteerism Award. Ms. Tolhurst is a long-serving volunteer for many organizations, including the Heart and Stroke Foundation (27 years), the Girl Guides of Canada (55 years), the Lawrencetown Volunteer Firefighters Ladies Auxiliary (40 years), the Dartmouth Seniors’ Club (nine years) and Findlay’s Seniors’ Club. In recognition of her work with the Heart and Stroke Foundation, Shirley was honoured with an Outstanding Volunteer Award in 2011 in a ceremony hosted at the Lieutenant Governor’s residence in Halifax. Ms. Tolhurst also was awarded the Girl Guide Nova Scotia Mayflower Award, the highest award that can be presented at the provincial level.

Ms. Tolhurst began volunteering with our Association in 1998. Over the last 19 years, her responsibilities have steadily increased from general office management duties to being elected to the branch board in 2009, where she currently serves. 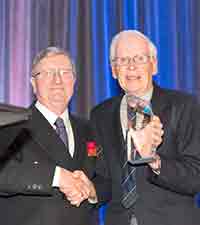 The Central Okanagan Branch received the Advocacy Award. The branch, with two other organizations, sponsored an all-candidates meeting before the 2016 federal election. The sold-out event attracted 325 participants and raised awareness on key issues and the candidates’ positions, while exposing the community to the work of the National Association of Federal Retirees. The branch also partnered with the Canadian Medical Association to hold a series of town halls in Kelowna, B.C., on the new health accord. 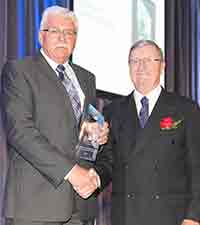 The Membership Recruitment and Engagement Award went to the Avalon-Burin Peninsula Branch. The branch has maintained a proactive approach to recruitment and retention of members and has achieved a high level of success. The drive to find new members included: 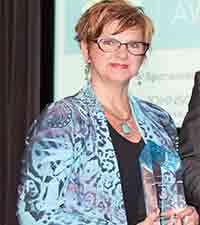 The Winnipeg & District Branch received the Volunteer Support and Development Award. The branch has a strong volunteer recruitment and succession plan in place for the board, ensuring the branch has a committed board of directors at all times.

The branch invests considerable energy in volunteer training and orientation. In May of each year, a day-and-a-half orientation/team-building workshop is held for board members to introduce them to the national strategic plan and solicit their input in developing the branch strategic plan. The branch also hosts an annual learning conference for volunteers that helps foster engagement and retention; the theme for 2016 conference was Building Bridges Between Branches.

Honourable Mention and a President's Commendation 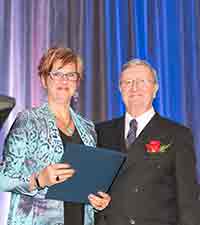 The Winnipeg and District Branch was recognized for all of its efforts in recruiting and engaging current and potential members. From participating in community activities to facilitating pre-retirement sessions and delivering Second Career Assistance Network (SCAN) sessions, its valiant efforts have yielded growth in its membership.