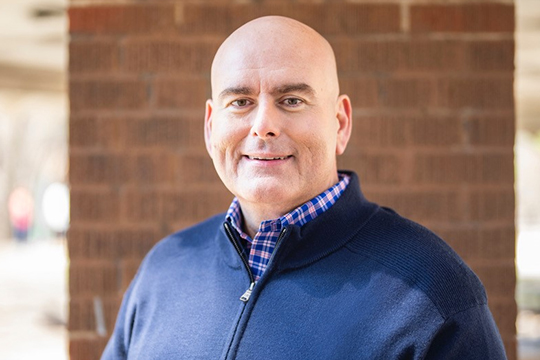 Liberal leader Steven Del Duca promises more money for low-income seniors, long-term care and better housing for those in it.

Can you tell me about your policies towards long-term care?

On long-term care specifically, we have made a commitment to end for-profit long-term care (LTC), with a target of 2028 to be achieved. We have also made a commitment to build 30,000 new spaces and rehabilitate 28,000 additional spaces for a combined total of 58,000. But the really important part is that we will be moving away from the warehousing or institutionalization of seniors in this province. For those who have a need for a level of care that can only be provided at long-term care [homes], we're going to be looking at building out spaces that are in actual homes. So instead of multiple storeys, dozens, if not hundreds of seniors stacked together in unsafe conditions as we saw during this pandemic, in many cases, and many tragic cases, we're going to want those long-term care homes, those new spaces, and rehab spaces, to be in what look like actual homes and smaller groups of seniors in the community in residential-like settings, with personal support workers, nurses and other professionals on site 24/7. [It’s] better for infection prevention and control, it's better for the mental health of our seniors and it's what they deserve after a lifetime of work.

Are you talking about new builds?

Well, the model could include a combination of builds. It could be not-for-profit, for the province to acquire existing homes. I mean existing, actual houses. There are multiple paths to get to where we need to be. But we are going to end the warehousing and institutionalization of our seniors. And it's something that I'm really keen to tackle.

Do you have a ballpark figure for this?

We will release our full platform in the coming days. The plan will include a complete costing for this commitment plus the other commitments we have. Our platform is fully costed and we will reveal those numbers for public scrutiny.

You're also making a commitment towards raising wages in health-care and personal support workers, correct?

Yes, personal support workers (PSWs) under a Liberal government will have a starting minimum wage of $25 an hour across the board, both for those working in long-term care, but also those working in home care. And we're going to be repealing Bill-124 and the sections of Bill-106 that directly and negatively impact pay equity and those who represent PSWs, registered nurses, registered practical nurses and others who work on the front lines of education. Frankly, we know that these women and men, mostly women, but not exclusively, do a ton of work to help our loved ones. The very least that we can do is make sure that they're respected, that they're valued and they’re compensated fairly for the work we asked them to do.

So, creating new spaces, paying better wages. What about monitoring?

We are going to be introducing and enacting tough penalties and fines. We're going to be reinstating inspections, which Doug Ford cancelled before the pandemic in our long-term care system. And we're going to make sure that the legislation that Doug Ford passed that shields bad actors in long-term care from legal liability is also repealed. So, if you're going to be in this space providing care to our seniors, and you're not going to be meeting the standard of care, you will be held potentially legally liable for that behaviour.

Is there a role for an independent seniors advocate in Ontario, like the one in B.C.?

I'd be very much open to that conversation, but I've also made a commitment to appoint a standalone minister responsible for seniors care transformation in this province. In the past, the seniors portfolio in the cabinet room has been held by someone normally, including currently, who has few resources and doesn't have a particularly high profile. That has to change. There are roughly two and a half million seniors living in this province and they need a senior cabinet minister who has behind her or him the full weight of the premier’s office and the whole of government to make sure that we fix this the right way.

Where do you stand on increasing spending for home care, to keep people in their own homes?

Today in Ontario, there are about 700,000 seniors who access home care. The Ontario Liberal plan would make an increase in what we invest in home care of 10 per cent each and every year for the next four years. By the time we get to the fourth year that will be $2 billion in new money in that year alone, for a cumulative total of $4.4 billion over four years. This will make sure that people like my mom and dad, who are in their early 80s, who still live at home — they have some challenges but they're still doing OK — will be able to stay in their own home with real dignity. That's what they deserve after doing everything for me and my brothers and my sister. We have an obligation to make sure that we give them the support they need at home. I'm absolutely determined to make sure this happens.

What about the surgical backlog? What's the plan to help with that?

We do have a specific plan that will talk about the surgical and diagnostic backlog, how we propose to pay for the work that needs to be done in order to eliminate that backlog, which for diagnostics, but also for the surgeries, is a huge deal for parents, like my dad. I take him on a fairly regular basis when he goes for different scans. And we've noticed a change in terms of how easy it is to get different things scheduled for him. That plan will be released in the next number of days. Stay tuned for those details.

Can you tell me about your environmental policies?

We haven't released our climate change and environment platform. That is coming. But in the past, I have [committed] to making sure that we fulfill our obligations as a province to reducing greenhouse gas emissions. I've talked about reinstating the electric vehicle incentive program that will provide people who want to buy or lease an electric vehicle with up to $8,000 back, combined with the federal $5,000. That's a pretty generous rebate that I think will help make it a lot easier and more affordable for Ontario families who want to make the switch and do their part. Similarly, we do intend to help make a contribution towards a significant expansion of electric vehicle charging infrastructure.

The federal NDP are pushing the federal Liberals towards pharmacare. Do you think that there's a way that you can help support that initiative?

Ontario Liberals would create the province’s first-ever portable benefits plan. So right now, somewhere in the neighborhood of 30 to 35 per cent of Ontario workers don't have any kind of workplace benefits package or plan. We know lots of people who work multiple jobs that don't pay very much and are particularly precarious. We know about gig workers. There are lots of gaps in the economic and social safety net in this province. I don't think that's good enough. And I believe we can, and we will, as Ontario Liberals, create a benefits plan that's attached to the worker, as opposed to the employment situation. It stays with the worker for their entire career. And part of that plan will be to make sure that prescription medications are covered. So, I envision a portable benefits package that has provisions for prescription medication, or mental health care, parental leave and a real plan for retirement dignity.

Will you keep the child care program the Conservatives signed?

I announced the Ontario Liberal plan for $10 a day child care last May, long before Doug Ford demonstrated that he didn't care about the families who need their kids in child care. Not only would we deliver a $10 a day licensed child care within 100 days of taking office, we would also make before and after-school care also $10 a day for Ontario families, saving them thousands of dollars. And then we went a step further. We will make a retroactive payment to Jan. 1, 2022, depending on the age of the child and where they live in this province, reimbursement of up to $2,750. I don't believe Ontario families should suffer because Doug Ford has the wrong priorities.

Will you continue to cap the Ontario Guaranteed Income System (GIS) benefit rates at $83 a month?